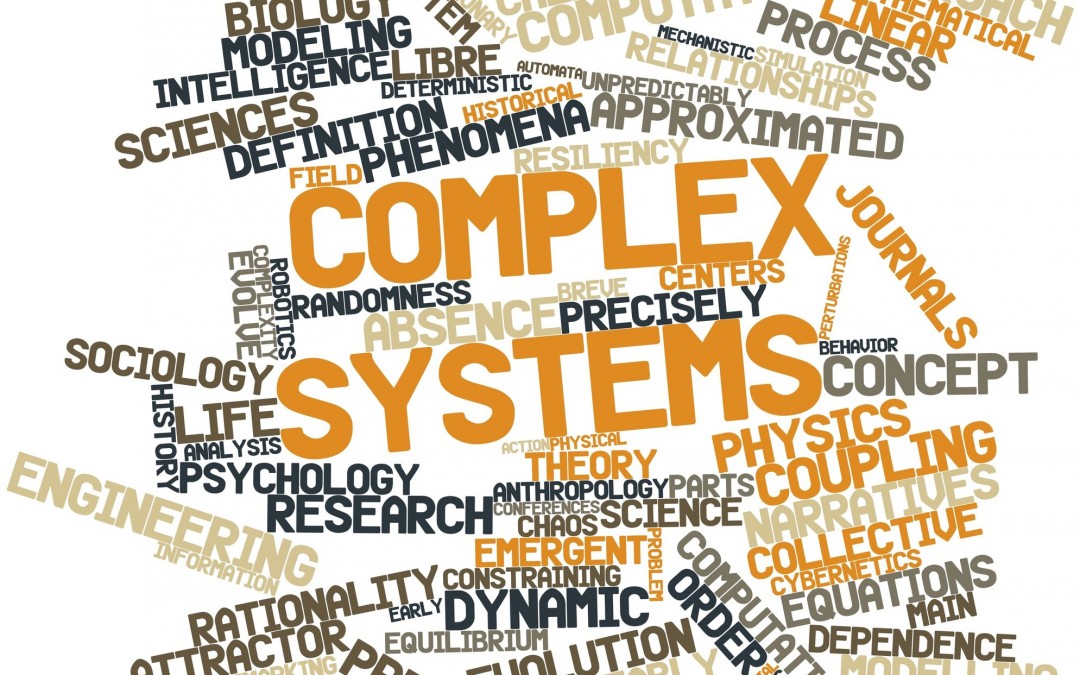 Almost every day, but certainly any week I’m surprised to find people state “this is complex” or “this is complex adaptive system” or “we live in a complex world”. It is not only novices in the field, politicians, audience-hungry businessmen or profit-seeking consultants that make the claim, some very well known names, even guru’s that should know (do know?) better, commit the crime. I know, over the last 10, maybe 15 years, using the C-word has become very popular. The biggest rise was after we all survived the Y2K bug and around 2002 one could hardly open a newspaper, watch television or have a conversation at the office and the complexity word could be heard.

I might happen to have noticed the rise probably with more early interest than many others as I’ve been active in the complexity field since 1991 as described in my “provenance” opening blog on PNI2. So complexity and complex adaptive systems are household notions for me for almost 25 years now and familiar terms for quite some time before that.

Despite those credentials you might wonder what gives me the authority to make the statement that titles this post. Well, I will admit right away, there are some exceptions, but these are so rare or artificial or irrelevant that the claim I make holds for any system or situation or problem or challenge a very large majority of humans – as citizen or professionals – will encounter in their life. So I plead guilty, the title was to attract attention, but is largely true also, at least practically.

But still, systems that are often stated to be complex, such as the economy, nature, innovation, living creatures, the whole world, a city, traffic flow, human resource management, marketing, etc, etc. are in fact not complex. What I mean by that is not to deny that these systems have complex aspects or adaptive features, but the general statement that they are complex is simply false. Practically any system one can envision has order in it and most – if not all –  have chaotic aspects.

The city as an example 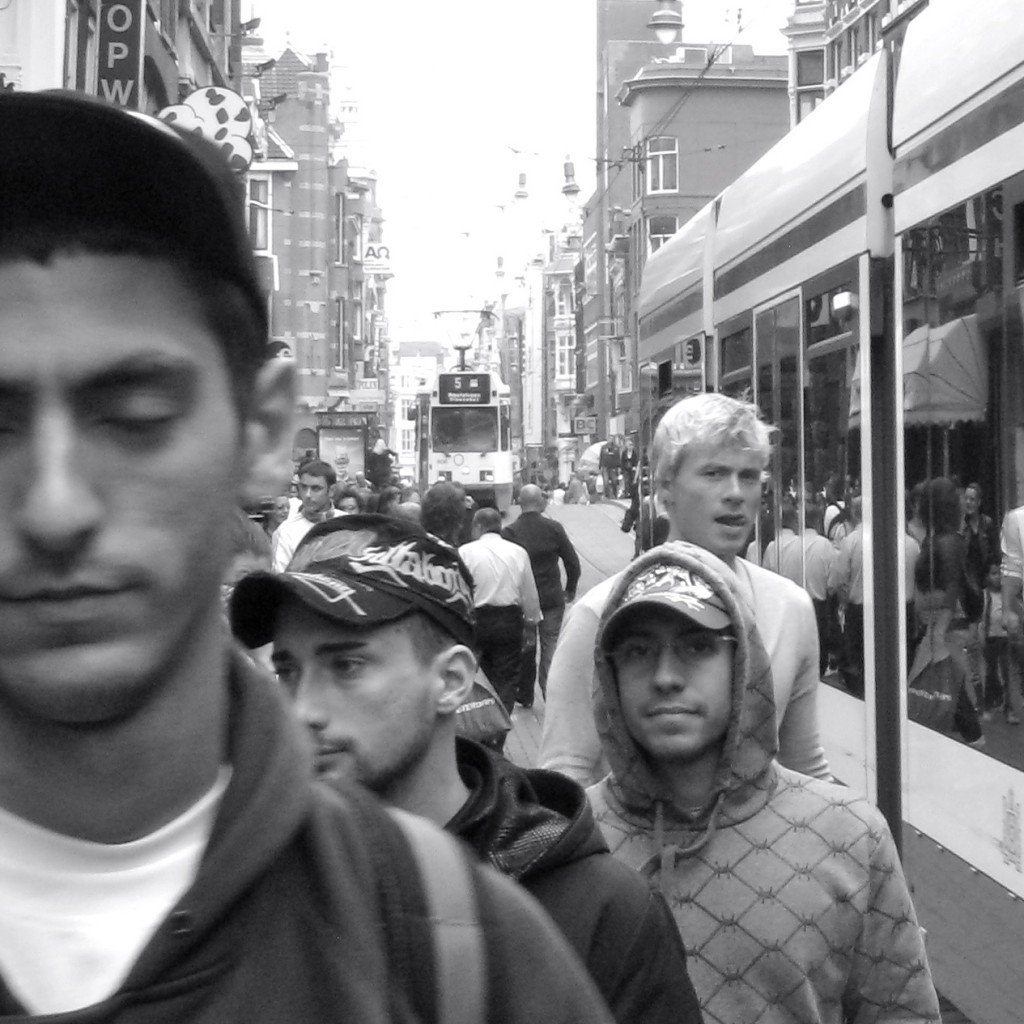 Let’s – for example – have a look at a city. Yes, it is true, no-one can predict how the city as a whole will develop over time. So, for that aspect (a more aspects) the city is complex and it is also safe to state that the city is a complex-adaptive system at that level, which simply means the city can (within limits) cope with change.

But that’s only a very small part of the picture. At any time of day there are accidents in the city (car accidents, fires, collapsing buildings, etc), so while the city as a whole is a complex adaptive system there is chaos in the system too. It ‘d better be as to recover from those accidents the city needs to draw on its adaptiveness to recover. That is why one can say the city is resilient (to a certain extent) for disasters.

And there is order in the city too. Besides the biological order of day/night and the seasons, there is much much more. Street patterns are often quite regular, traffic rules and lights usually make traffic flow orderly (yes, I know, apart from Rome). Habits people have, such as keeping right on the board-walk makes life much easier for both locals and tourists. And going out for breakfast makes businesses relatively predictable, and …. There are probably literally zillions of examples to put forward. How much order can you find in the photo? I guess a lot if you try. How much order can you find in the place where you live or work? Actually I tend to believe that a city’s properties, aspects, behaviours largely fall within the realm of order. It better be as else it would be very hard to live in such a city.

Before ending this post, another issue must be dealt with. I also often encounter people that assume that though order can be local, the system gets complex towards system level. So, for example, a street and the traffic on it are (usually) ordered, but the city as whole is complex. Wrong again I’m afraid. There can be very tiny, tiny, normal, large and very large complex adaptive sub-systems such a bird colony, a neighbourhood with a specific but resilient culture or a traffic system such as a metro in the city. And yet, yes, these subsystems have ordered and chaotic aspects too. It might be a bit mind-blowing to imagine this whole intermingled system of systems with ordered and chaotic and complex aspects/properties and subsystems with ordered and chaotic and complex aspects/properties and so on. And it probably it gets even worse when one realizes that system and subsystems are not neatly aligned, but form one big and small confluence of interrelated aspect systems.

Of course now we could talk about the whole not being a mess, but a dissipative, coherent messy whole, but that is far beyond a productive goal for this post. All I hope to achieve is the next time you hear someone say “this is complex”, you think that’s probably true, partly. Next you can try to find out at what level or for what aspects this complexity holds and try to find order, find chaos, find more order, find boundaries (also a form of order, or an ordering mechanism).

And when you hear someone claim “that’s simple, A follows from B” you try to find some aspects that are not linear, you try to find chaotic aspects, you try to list some complex issues (ones that defy analysis and/or prediction) or identify feedback loops.

I guess there are many more simple examples to explain the non-complexity of many things often claimed to be complex. And there are undoubtedly good examples to give where apparent or assumed ordered/linear systems/behaviour has complex and chaotic aspects. I have used the city as an example, but all that is said here also applies to narrative or cognitive complexity. These are saved for future blogs.

Meanwhile, can you share examples you use? Narrative, physical or others. The PNI community might need them.