Ron’s voyage of discovery into PNI 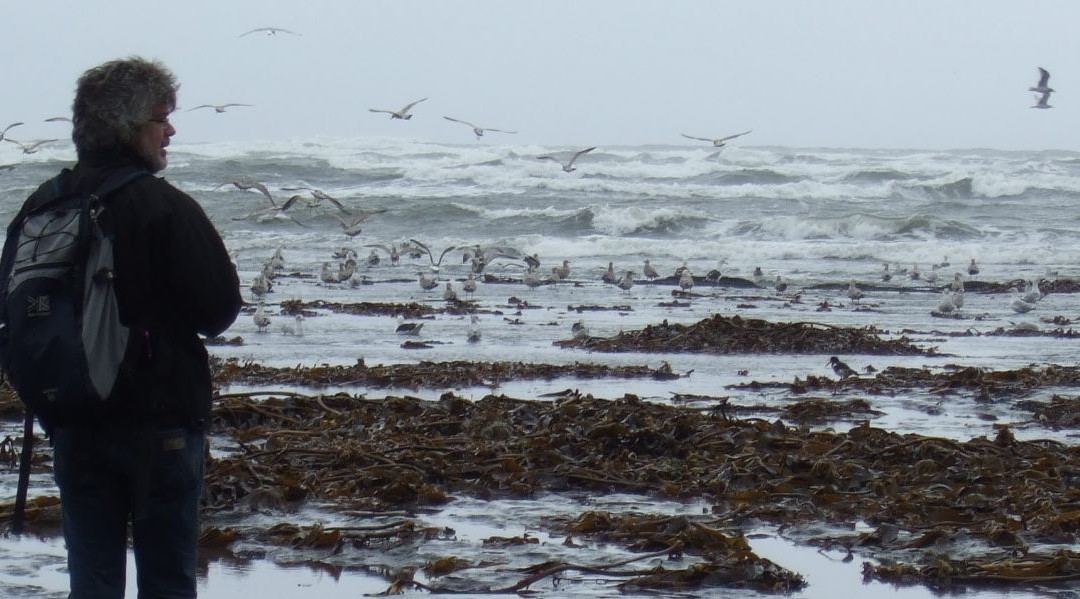 Oysters open completely when the moon is full; and when the crab sees one it throws a piece of stone or seaweed into it and the oyster cannot close again so that it serves the crab for meat. Such is the fate of him who opens his mouth too much and thereby puts himself at the mercy of the listener. – Leonardo da Vinci

My name is Ron Donaldson. I am a knowledge ecologist based in a Peterborough, just 88 miles north of London in the UK.

Anyone who knows me, knows that I have had a lifelong passion for the coast, the beach, the rockpools, the cliffs,  that thin pulsating, enticing and often dangerous zone where the land and the sea meet and so much turbulence and change can happen so quickly. A very early PNI project I initiated involved working with communities at loggerheads over whether coastal erosion should/could be postponed in order to prevent houses and a community falling into the sea. In hindsight the (often opposing) perspectives, expressed in their stories, are a metaphor for the world we live in today.

I am a natural sciences type of person by education but by 1998 I found myself drowning in business process models and detailed analysis diagrams as a systems analyst in English Nature the UK Government Nature Conservation body. I was saved, at the end of that year, by the life-raft of what I now know as PNI by the combined efforts of Dave Snowden and Cynthia Kurtz.

I began small with narrative projects around office moves, Nature Reserve anniversaries and individuals pending retirement. Like the Da Vinci quote above, I learned to listen more. By 2008 when I left English Nature to go self employed, I had completed over 100 PNI projects, some across the whole organisation eg. ‘improving service delivery’ and others for massive international conferences such as ‘raising awareness of Climate Change’.

I now use PNI based methods in every project I work on, for example this month (October) I will be using it to teach engineers how to facilitate TRIZ problem solving sessions, and later this month work with the Surrey Wildlife Trust charity to gain momentum with their Natural Capital initiatives. I run my own, small business out of my website/blog called ‘The ecology of knowledge‘ .

I was thrilled when I got the call from Cynthia to join the PNI Institute before its launch as her book ‘Working with stories‘  and her blog ‘Story Colored Glasses’  have for a long time been an inspiration on my work and ideas.

My dream for the PNI Institute is that we will make a big difference in changing attitudes, actions and impacts around Environmental and Social issues and provide inspiration, training and resources for the next generation.