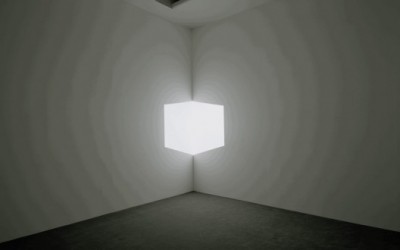 In this article I explore how we may set up our PNI projects in a way that deepens the benefit that participants gain from the process of contributing stories. What if the research we conducted moved beyond an extractive paradigm towards a participatory approach? What if people not only felt they had a voice in what was being investigated, but felt that the very act of contributing their stories and perspectives in surveys was helpful to them, in that very moment?

The state of survey-based research

In the face of woeful survey response rates in organisations, especially here in South Africa, there are two dynamics at play which are of concern. Firstly, employees know that survey results can be gamed, or at the worst don’t have any impact on the way leaders make decisions. What they see happening after they’ve made their contribution is in no way linked to their contribution (and to their assessment of how their narrative/contribution is aligned to the meta-narrative of what is being seen in the data). Secondly, employees are feeling impoverished in respect of the return of their contributions. They complete a few surveys a year, ambivalent about whether there is a return phase for their stories or contributions. Completing a survey is akin to shouting down a long pipe without any visibility of where the pipe goes or who (if any human) is on the other side, listening.

If this is the state of extractive research methodologies, then we have to ask: How we can re-energise the research process for respondents and how (if at all) the experience of completing a survey can leave people better off than they were before answering?

Often, the people who are requested to complete an organisational survey are not asking for help. In the therapeutic context, a client (typically) approaches a therapist with a view to benefiting from the exchange. They’re suffering at the hands of a problematic dominant story and they want to be able to shift the power balance of that story in favour of healthier alternatives. The therapist asks questions to begin the storysharing and then asks more questions, not for the therapist’s benefit, but so that the client may benefit from seeing their life and story in a new light and discover something new that is useful. This is if therapy works well of course.

In the research process, especially when it comes to PNI, the initial phases of story collection are not focused on the reframing of the stories told by participants. The rest of the project then depends on the extent to which there is an adequate return for people to feel like they have been heard and that their stories have influenced something. We are however very aware of how the simple act of prompting for stories and the fact that people hear their own and other people’s stories produces a narrative reflection that may not have been there before. The dynamics where the diagnostic is also an intervention is not what I’m talking about though. If this sort of reflection happens it is unintentional on our part. How do we then make the collection phase of PNI beneficial to those who are sharing stories, so that they benefit immediately from the process of contributing?

These questions have been important in the development and application of Participatory Narrative Inquiry over the years. Cynthia Kurtz will tell you how close it has been to her heart to be involved in and design narrative projects that prioritise the benefit of the participants. My own journey has been one of holding these questions in tension as some clients are not that interested in how their staff/people benefit from the process, while others have understood how central an issue it is for successful projects.

We have learned through the application of the PNI approach through multiple projects how a question can frame or pattern a person’s response in a storynaire. For example, asking a person for the title of their story after they’ve told the story is one example of prompting another level of thinking of their story. People don’t walk around wondering what the titles of their experiences are, but when they are asked to do so, the exercise provides an opportunity to make more sense of that experience.

We have also learned that asking for demographic information up front patterns the storyteller into certain roles that may limit their freedom in sharing the story. How do we reform demographic data from being categorical identities to co-constructed multi-storied ways of being? The simple question of gender, male or female, is perhaps one of the deepest narrative avenues for us to explore. Having conducted my Masters research into the re-invention of maleness, I know full well how a gender role is a multi-storied existence, where a lot of that living is un-remembered (patriarchy doesn’t like to be named and seen) or impoverished (maleness tends to split off the richness that femaleness has to offer in the continuum of human experience).

So, how does a survey question precede the activation of societal role narratives and roles?

The gender issue (and again, this is just one example I’m thinking of) is often taken for granted as fixed and self-evident. What if a demographic question could make people aware of the choice they have in living out a particular gendered story? This is not to question whether people are men or women, but it is perhaps about opening up the possibility, through the use of a question, that my gender is both a physical attribute and a story I choose to live out.

Another avenue for exploration is in the stereotypical therapist’s question of, “How do you feel about this?” What if we had to pose a question in a storynaire that the respondent does not have to answer? It’s just a question posed, no space to respond … but perhaps even a timed page where the question is posed and the participant has fifteen seconds to face the question before they move to the next section of the storynaire? This is a radical approach, and one that upon reflection with Cynthia, we would not encourage to apply until after the original story collection was done. One of the goals of PNI is to hear from all perspectives before deciding how people should be helped to change. Intervening without first giving people the freedom to speak can be dangerously manipulative.

I wonder what possibility is stirred within you when you consider the idea of prioritising your participants’ benefit in planning and implementing your next PNI project?

* The title of this article is inspired by Michael White’s book title, Narrative Means To Therapeutic Ends