Tell a story that must never happen 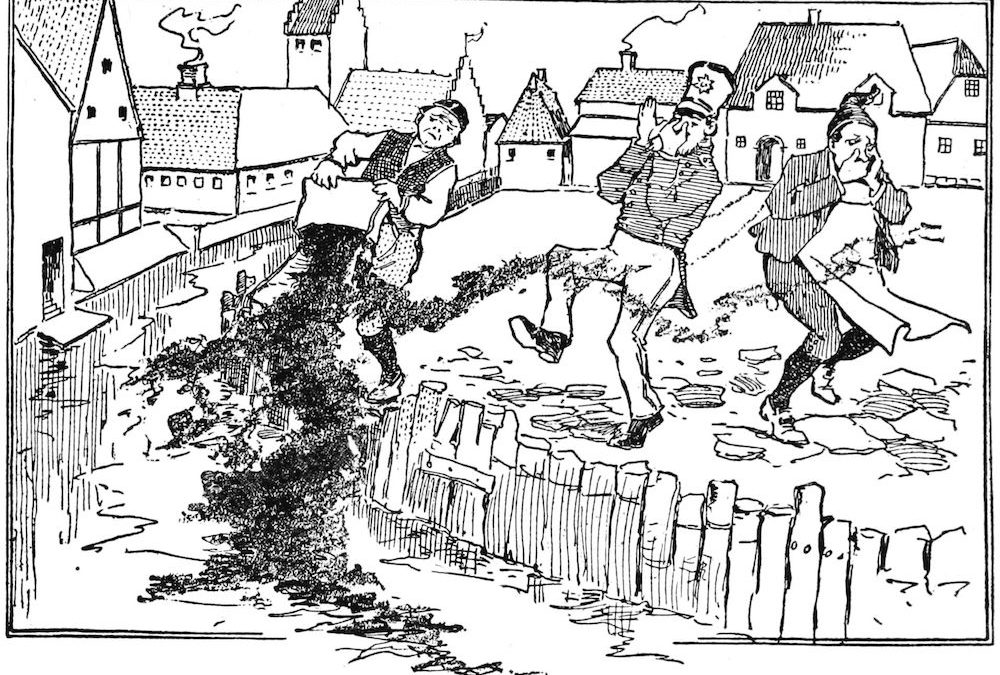 I’ve been making an effort each month to see if I have anything useful to say about the topic of our upcoming Zoom conversation. Our next topic is the use of participatory narrative inquiry to support innovation. (Yes, that call is in September, and it’s August now. That’s because we’re taking a break from our monthly calls this month. I might have something else to say about the topic next month.)

My first thought on this topic was that innovation is the area in which I have had the least success in PNI projects. I think this is partly due to the fact that exploring experiences is inherently a backward-looking process. So PNI is an easier, simpler fit with goals like discovering unmet needs or making sense of how we got to where we are.

But there’s another thing that makes it hard to support innovation with stories: I think people have forgotten how to fantasize on purpose and in public. Sure, we all daydream, but we don’t take it seriously; we don’t use it to our advantage. Sometimes we think we are imagining the future with stories, but we’re really only halfway there, and we can’t tell the difference.

The way we used to explore the future with stories was through folk tales. These came in many forms, and not just the ones that were preserved in printed compilations. The best folk tales have always been local, that is, meant for use within one family or community. Those are the stories that died out first, because nobody wanted to write down stories full of references few people could follow. Indeed, many of the people who recorded folk tales deliberately changed or removed references to local traditions and groups so they could reach wider audiences. Local folk tales once served an important function in communities and groups: they helped people collectively explore what could and couldn’t and should and shouldn’t happen, in the past and in the future.

So I was thinking about this, and I thought: What if a group was to deliberately build a set of local folk tales? What if they took a space like this one and filled it with stories? 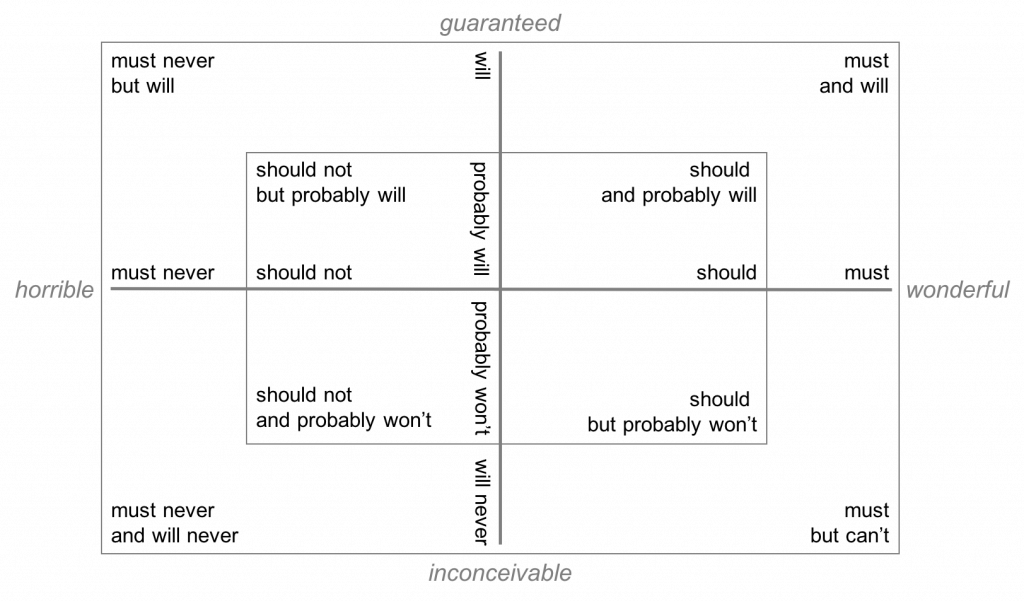 The two axes on this diagram cover the two things that matter most in folk tales: desirability (whether we want something to happen) and possibility (whether it could actually happen). If you think about some of your favorite folk tales, you can locate them in this space. Let’s try a few:

Anyway (I could do this all day), I hope you can see how using such a diagram to support a folk tale generating exercise might be useful. I can see two ways to use it in a workshop setting:

I think it would be best to fill in the diagram with both questions; but which to start with would depend on the group.

By the way, the inner rectangle I’ve drawn on the diagram shows what I’ve noticed a lot of people do when they explore the future by listing factors and forces and problems and solutions. They say they’re imagining the gamut of things that could and couldn’t and should and shouldn’t happen in the future, but they stop at invisible borders around what is likely and preferred. What they really need to do is to explore past those borders and into the spaces of surprise, delight, and despair.

That’s where folk tales live, and that’s why we still need folk tales. They exist to reach past the deepest corners of desirability and possibility and into the paradoxical regions where the most impossible combinations are inevitable. Did you ever hear the story about the boy who was given a magic ball of yarn, and he could pull the thread of his life out — just a bit — every time he wanted to skip past something that was tedious or painful? Can you guess what he found out after he had pulled out so much yarn that he had missed most of his life?

People say that the age of folk tales is gone, but I disagree. I think there are many new folk tales waiting to be told, and most of them are local. I think the people in every group, every family, every community, and every organization can tell their own folk tales that help them explore who they are, what they want, and the strange lands they find themselves living in. Nobody needs to write these things down, but we still need to make them up and tell them and remember them.

That’s why I think this could be a useful group exercise for a community or organization. It would be important, of course, to tell stories from a diversity of perspectives. If I was helping a group of people use this exercise, I’d suggest that they split up into small groups that covered some useful range of variation, like age or background or point of view or something. Then the juxtaposition of the different sets of folk tales could be enlightening. I can even imagine such a set of local folk tales blending into the culture of a community or organization, becoming a touchstone people use to talk about issues, to negotiate norms, and to prepare themselves for surprise.

And that, my friends, is the end of the story. So it was, and so it is.

PS: I have described this prototype exercise in a document on the Working with Stories web site, here. If you try it, please tell me how it went.