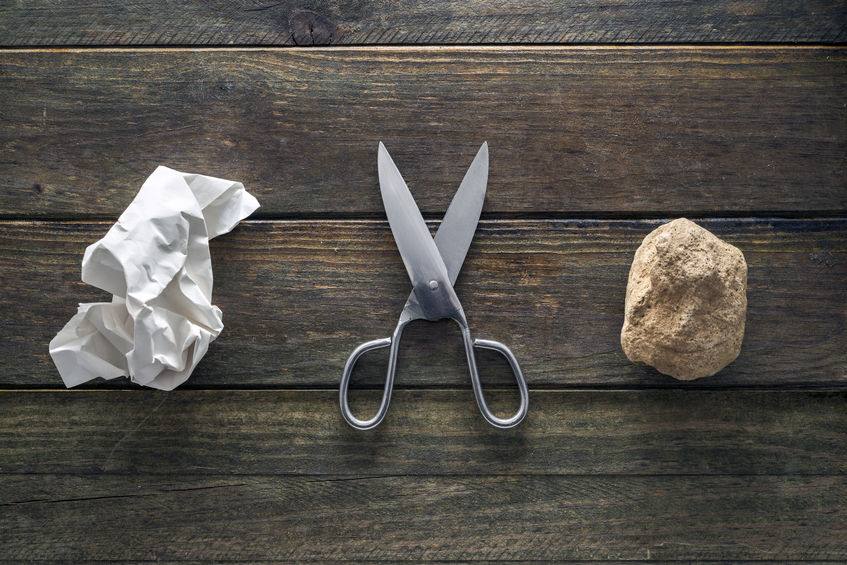 On our PNI Institute call on July 11, 2018, we talked about the use of PNI for decision support.

Before the call, I had been poking around on the internet and found four frameworks or sets of criteria for talking about decision support, so we used them as a sort of scaffolding to talk about PNI for decision making.

A passive DSS is a system that aids the process of decision making, but that cannot bring out explicit decision suggestions or solutions.

An active DSS can bring out such decision suggestions or solutions.

We talked about how PNI can be used in any of these ways, depending on the goals and context of the project. I said I think it’s important to allow PNI to be flexible enough to work in all three cases (and not to, say, claim that you’re not doing PNI if you don’t include active decision support).

2. Next we looked at Daniel Power’s distinction between types of decision support systems, thus:

A communication-driven DSS enables cooperation, supporting more than one person working on a shared task…

A data-driven DSS … emphasizes access to and manipulation of a time series of internal company data and, sometimes, external data.

A document-driven DSS manages, retrieves, and manipulates unstructured information in a variety of electronic formats.

A model-driven DSS emphasizes access to and manipulation of a statistical, financial, optimization, or simulation model…

We felt that PNI (again) can be any or all of these types, depending on goals and context. It also adds a type of DSS based on the exploration of experience — experience-driven DSS, you could call it. This mechanism can complement and interact with the other types of DSS, grounding the decision support process in reality as people have lived through it (not just theorized about it or talked about it). 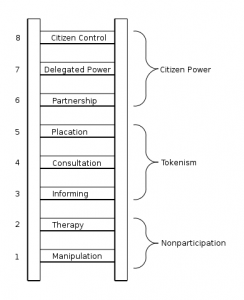 3. Next we wandered over to the Wikipedia page on Participation in decision making and arrived at Sherry Arnstein’s famous ladder of citizen participation (see image). We talked about how it’s hard to place any particular PNI project onto the ladder as a single point. We talked about how PNI projects can better be described as distributions of points than as single points, as various forces within the project (working separately and in concert) pursue agendas that travel up and down the space. My thinking is that it’s most useful to use this ladder as a description of a thoroughfare, or arena, or concourse, or playing field.

4. Then we wandered over to a page on Participative decision making and found a set of “disadvantages” of participatory decision making, expressed in the form of dilemmas, from van der Helm (2007). We talked about how each of these connect to PNI and how they play out within PNI projects. van der Helm’s dilemmas were:

Participation as the answer and as the problem

The involvement of the actors

The level of ambition of the initiators, the context and the participants.

Representation and legitimization – participation works best in a situation where it is not needed, i.e. in an environment in which all interests are taken into consideration

Entering the debate: between timing and perseverance

Going beyond information: communication and mediation

Appreciating and apprehending success and failure

We had a lively discussion about these ten dilemmas (some of which don’t seem much like dilemmas). As a result, we created a set of questions anyone can use at the start of a PNI project to talk about how the project should be shaped. Of course, these questions would be most useful when the main goal of the project is decision support, because they come from considerations of including people in decision making; but they might be useful in any project.

In the call we mentioned these books:

Tune in to listen to the call.