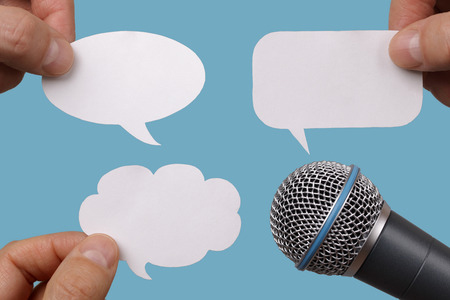 Our PNI Institute call on January 10, 2018 continued our Reading Club series and focused on a paper and video on the subject of Narrative Inquiry.

I (Cynthia) started the discussion by noting something that had struck me as curious. When I was looking around the internet for a paper we could read, I came across a special journal edition in 1997 marking 30 years of Narrative Inquiry. Then I chose for our reading a paper written in 2004 titled “Researching practice: the methodological case for narrative inquiry.” This means that at least 40 years after narrative inquiry began as a field of research, people still felt the need to make a case for it (and probably still do). Why is that?

We talked about two possible reasons for this, from two perspectives on what working with stories is for. From the side of proof, people are still trying to make the case for narrative inquiry because it is an unreliable method for proving anything. From this perspective, narrative inquiry must become more rigorous and scientific to prove its worth.

From the side of utility, the mistake is not in doing social science badly; it is in believing that the value of working with stories has anything to do with proof. (Obviously that’s the side I take.) Lately I’ve been saying that PNI is not a science; it’s a conversation. I think the same can be said about Narrative Inquiry – and I’d like to see Narrative Inquiry stop trying to be something it can never be (scientific) and start trying harder to be as useful as it can be (by being more participatory, of course).

Then, just as in the previous call, we had somebody new on the call, so we asked if he had anything in particular he would like to talk about. He mentioned the problem of people (mainly clients) becoming disillusioned with story work because it’s harder in reality than it seems to be when you are just talking about it. Then we talked about how story work seems like magic, so people think it’s effortless. I said I think that’s more a misunderstanding of magic than it is of story work. Anyone who has read a lot of folk tales knows that magic has never been easy. It requires trials and journeys and risks. Story work is no different.

Then we talked about how the best response to the “I thought it would be magic” reaction is to show people the value of PNI in a small way first. When you get a handful of of people in a room for a short time, you can see the value of PNI without expending much energy. That glimpse of PNI’s value can sustain you as you put more effort into bigger projects. When you can see why you’re doing the work and what can come out of it, it’s easier to do what has to be done to make the magic happen.

I use this start-them-small approach all the time. When people come to me and say they want to collect a thousand stories, I tell them to stop what they’re doing, get eight people in a room for an hour or two, get some stories moving around, see the process work, and then come back to think about their larger project again. Whether you think story work will be easy or hard, you need to get started on small, human level to create a strong foundation for what will come after.

Then we went back to talking about PNI and narrative inquiry. Somebody mentioned three levels of work in communities and organizations, as a way of talking about differences between approaches.

Why does PNI not work well at the micro level? Because, though it can work at a very small scale (a group of people in a room), it still needs a degree of organization and planning that a simpler effort (like, say, a flash mob or a Twitter hashtag) does not require. You could say that PNI bridges the gap between order and unorder, between the system and the crowd, between “the man” and the people. It has a degree of structure that enables it to be taken seriously by those in power while simultaneously including, inviting, and placing responsibility on those who wish to gain more access to power. Helping the big people listen is not enough. Helping the little people speak is not enough. PNI wants more than either or even both of these things. It wants everyone to speak, listen, and make sense of things together. That’s a developmental view.

After this we had a discussion about Clean Language and how it might work with story elicitation and sensemaking. (If you are interested in talking about this, contact me, Cynthia, because it’s something I’d like to talk more about.)

Our discussion about Narrative Inquiry was so interesting that we decided to extend the discussion over our next call. In preparation, I set up another two readings to stimulate more discussion. You can find them on the event calendar for February. Our thanks to everyone who called in for the excellent conversation.