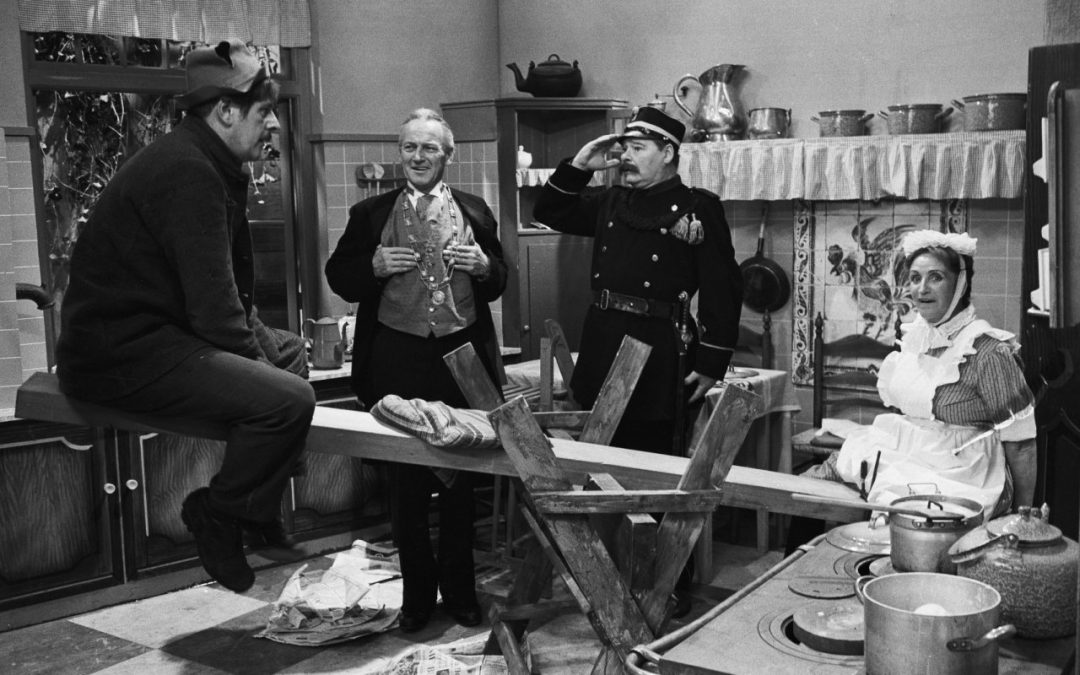 We have been told by economic leaders, macro-economic models, the press, and politicians that we live in a globalized world, run by “hot money” capital systems, political superpowers, and large corporations. Dissident voices exist (see for example Doughnut Economics), but the globalised view is the dominant view. In everyday life, however, I observe something completely different. There, local forces and context matter. In this post I want to lay out a different image of the world, one that is more hopeful and human.

In my presentations and keynotes, I often illustrate what has changed on the local level over the last 30-40 years using the Dutch television services Swiebertje which was broadcasted between 1955 and 1975. The series was based on a series of books by John Henri van den Bogaard that commenced in 1936. The main character in the story was Swiebertje, a vagabond who ran into trouble with the local police officer Bromsnor, almost on a daily basis. They usually ended up at the major’s office in “town hall” (actually an aristocratic villa) where things were settled with the help of the major’s maid Saartje, entrepreneur Malle Pietje, the notary, and/or the head of school. All of this happened against a backdrop of a rural village where apparently a Baron (the major’s brother) ruled. It was a feudal image, with centralized government and knowledge in the hands of a few.

How much has changed since then. A few weeks ago I was talking to an alderman. I invited him to think about the street/neighbourhood where he lived and list the people he knew and their professions. In a few minutes he created an impressive list. Next I did the same, and again a long list (mine a bit more blue-collar) emerged. Then I dropped one of my favourite terms – Knowledge Inversion. I explained to him that today in most neighbourhoods there is more expertise and knowledge distributed around the neighbourhood than City Hall can imagine, let alone know. In short, between 1955 and 2018 (in fact since around 1990), knowledge for the future in our country has moved from the privileged few to the streets where you and I live.

In our organizations and communities, people seem to have a hard time understanding the fact that knowledge is distributed. We still largely rely on centralised enterprise and planning systems. Anything that can be measured, recorded, or tabulated is used to plan, model, and predict. Terabytes of real-time – but largely dry – data is processed and used to develop policies and “run” the organisation. How different is that from the reality as experienced by citizens, salesmen, patients, or users:

By asking these questions, one can tap into a source of knowledge no data-based system can hope to handle. Sure, we all hear the horns blown on the advantages of big data, and we are bombarded these days with visions in which AI (Artificial Intelligence) will make our lives easier soon (or replace us). Well, those promises have been around for almost 80 years now. And sure, computers can now beat humans on specific tasks, such as playing chess, and they could do mathematics faster than we could in the 1940’s already. But there are no signs AI will be able to understand the stories shared by the people above, let alone gain insights from them by making sense of them.

And decision making based on those insights? Will that ever happen? I can only reach one conclusion: we continue to confuse data and information for knowledge. Knowledge is a human quality. It resides in the brain and the body, as Candace Pert has shown elegantly in her book Molecules of Emotion. As with emotions, knowledge is within us and nowhere else. Not in Wikipedia; not in AI systems; not in big data; not in products; not in expert systems.

So it is clear that our societies and organisations have lots of untapped potential in the form of the daily raw experiences that shape our lives. Still, most research efforts and investigations ignore that untapped source. In an attempt to convey this fact, we at StoryConnect had the following sentence on our website for years:

Research is no longer about what you want to know from people, but about what people want you to know.

Sure, this is not true for measuring hard qualities, such as strengths of materials or factory productivity, but is is increasingly true as the services component of work increases – that is, when humans are involved. And how can one empower people to let you know what they want to share? Ask for a story.

Still, lately we were less happy with the sentence above, as it doesn’t reflect the distributed nature of knowledge very well. So soon it will say:

Research is no longer about what you want to know from people, but about what people want others to know.

This formulation reflects much better one of the things PNI does best: help stories go where they are needed most.

We have established thus far that knowledge is in people, and that one of the most important ways in which people share knowledge is via sharing stories. So far, so good, – but why does that need to be managed, and by whom?

The answer may be difficult to hear for most knowledge managers, I’m afraid. Because we know that organisations have complex-adaptive properties, with as little as possible central (management) functions, the conclusion is unavoidable: in today’s organisations and communities, the people who share the stories should have maximal control over where their stories need to go.

How can we achieve that? The answer is almost devastatingly simple: ask. After we ask people to share a story, we ask them questions about their stories. Why not ask where their stories need to go? When asked this question, many people are able to propel their stories in the desired directions. An example question might be:

With this or a similar simple question, one can empower customers or citizens or patients to send their stories in the direction of those who need it. And it works like a charm. We often combine this question with questions about people, such as “What is your role?” By doing this, we can obtain a nice heat map of who wants to share stories with whom.

Often this is sufficient, but in the case of a customer idea, or complaint, or solution, the question below helps to prioritise:

It is amazing how much pressure can be avoided in organisations by adding these two simple questions.

Of course, these are simple examples of aiding knowledge flow in organisations. For a proper and full design of a knowledge exchange practice, one needs to go through the full hoops of several PNI cycles. For example, one needs to implement insight and sensemaking processes and improve these story-flow questions over time. That takes time and effort. The rewards, however, are great, as the organisation gains the capacity to recognize and handle signals it is not aware of. It simply doesn’t (and can’t) know them. After all, PNI is also about what people want others to know. PNI helps to discover emergent trends in these stories and ultimately take better decisions.