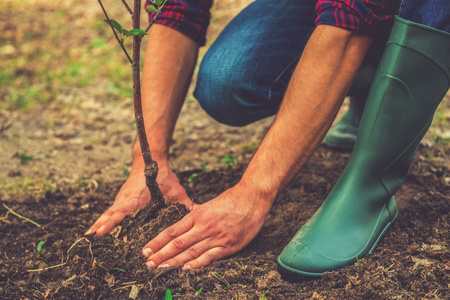 Also note that because we have added Events to the web site, we no longer have to announce one call while describing the previous one (which was confusing). So from now on, blog posts will contain only notes about the call just past. To find out about the next call, check the Events calendar.

April’s call continued March’s discussion on Diversity in PNI. We began by talking about the reasons we wanted to develop some sort of model to represent what is and is not PNI. The reasons were that:

We agreed that early on in the development of PNI there was not much of a need to distinguish it from other things, because there wasn’t as much to compare it to. (Also, it wasn’t often noticed.) But PNI has progressed (and so have other things) to a stage in which such comparisons do often come up. So there is a need now to articulate what is and is not PNI, so as to make it more clear why PNI is not all the other things people think it is. And maybe in the future, after PNI has matured even further, this need will fade away, and it will be obvious to everyone what PNI is and is not. Maybe.
Then we went back to the model we had been working on last month, where we were listing core “must have” features of PNI, “nice to have” elements, and things that can be in PNI but only if they don’t come to dominate it. Then outside the bubble of PNI are things that are definitely not PNI, and things that PNI does not like. We had been drawing this as a target, with the core elements in the center.
Then one of us challenged the target metaphor, and said, what if you thought of it more like a trunk with branches, and the branches might connect to the branches of other trees that have other trunks? If you do that, it becomes not just centered on PNI but shows the entire forest (potentially) so that complementarities and synergies can show up. This seemed a better metaphor, so we started to think about it.
Then somebody thought of the tree image used by Augusto Boal to describe Theatre of the Oppressed. We pulled up that image and talked about the elements of the image and what Boal meant them to represent. We talked about some confusions we had (and others have had) about what parts of the image mean. We talked about what a similar image representing PNI might mean. We talked about how we’d like to make two different tree models for PNI: one of what the field as a whole looks like, and another of what PNI looks like in practice to a practitioner doing a project.
Then one of us remembered the Tipu Ake ki te Ora model, which also has a tree in it. We pulled that up and looked at it, and it was immediately obvious that this would be an even better metaphor for looking at PNI, because it has lots of meaningful parts that would make symbolic sense in explaining what PNI is and can do. For example, one of the things we had listed but didn’t know where to put on the “target” model was things that break PNI: propaganda, censorship, manipulation. Those fit into the Tipu Ake ki te Ora model as toxins or poisons. In general the Tipu Ake ki te Ora model seems to provide greater opportunities for making sense of what PNI is as a system, not just a singular idea.
We decided that we would like to use the Tipu Ake ki te Ora model to create the two diagrams mentioned above: of the field of PNI, and of a PNI project from the point of view of a PNI practitioner.
We also realized at this point that the Tipu Ake ki te Ora model categories could be written as story-elicitation questions for use during a PNI project. Thus we could use the model in a PNI project to shape story sharing around the interacting components of any organizational or community situation. (The Tipu Ake ki te Ora model is described in WWS as a sensemaking model, but Cynthia had not before realized that it could also be used as a story elicitation device.)
On our next call, we intend to populate two Tipu Ake ki te Ora diagrams with labels and descriptions that work to help people understand PNI in theory and in practice. It should be fun!
Thanks to everyone who was on the call. Great ideas everyone!