Next PNI Institute call: Getting people to tell stories 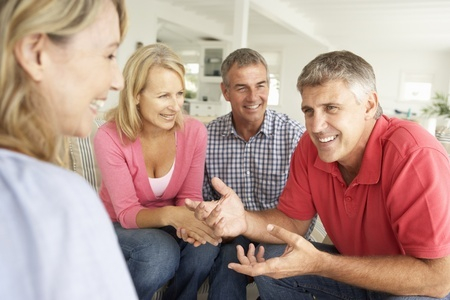 Our next PNI Institute call will be about getting people to share stories. We’ll talk about expectations of what stories are for, how personalities and identities influence what people think about sharing stories, and how we can get people “into the zone” of story sharing. We’ll share our own stories of success and failure in getting people to share stories with us and with others. The call will be at: 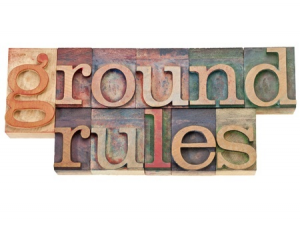 We started out by talking about rules. In many forms of non-narrative facilitation, there is a lot of discussion about rules, both up-front and throughout the process. People are asked to set judgements aside, listen fully to each other, and refrain from rushing to conclusions. When people share stories together, there are also rules, but the rules are implicit and unspoken. Story sharing rules depend on the conversational skills people developed as children, from their parents and others around them.

This means that facilitating a group sharing stories requires very little skill in terms of setting people up to talk. You don’t have to get people to buy in to a long list of rules; you just need to explain that they will be sharing stories with each other, and in most cases, the ancient rituals of story sharing will apply. You do often have to remind people that they know how to share stories; but once you’ve made that connection you’re good.

Of course, even though the implicit rules of story sharing are “everyday equipment for living” (to quote Lance Bennett), they are weaker than the explicit rules of strongly facilitated group work. Using story exchange to get people to talk together is like bicycling: just about everybody can do it, but it doesn’t move very fast. That’s okay, because there are more elaborate things you can do with stories that require more explicit rules and stronger facilitation (building stories with stories, for example). Working with stories has a longer, not so steep, and results-right-away learning curve. 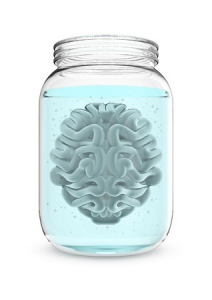 We started to talk about the work being done lately on embodied cognition, which is about how we are not “brains in jars” but are our bodies, with complementary ways of thinking and feeling and being in the world. Some of the results coming out this new field are fascinating. For example, from a Scientific American article:

Subjects asked to think about a moral transgression like adultery or cheating on a test were more likely to request an antiseptic cloth after the experiment than those who had thought about good deeds.

Amazing, right? Somebody also mentioned Antonio Damasio’s book Descartes’ Error, about how without emotion we may be able to think rationally, but we cannot arrive at any decisions. These are two aspects of the “brain in a jar” belief, in two radiating circles of “there is more to this than we thought.” 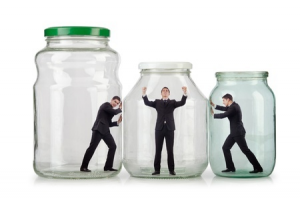 In our discussion, we talked about an analogy between the brain-to-body expansion and a similar expansion from discussion and dialogue to all of the ways in which people communicate with each other. We started talking about how some methods of facilitation might think of “groups in jars” because they put aside as “fluff” or “not serious” the other ways people talk and think together. Story sharing, moving in space, drawing, dancing, singing, rhythm, body language, tone, humor, drama; all of these are ways people interact, all of these are elements facilitators can draw upon as they help people think and talk together. We wondered: is there a way to remind the world that we are not “groups in jars” but people capable of talking and thinking together in many varied creative ways?

On the other hand, someone said, maybe there is much story work can learn from non-narrative methods. Maybe we have relied for so long on what is implicit that we are missing out on what explicit rules and discussions could add to the story work we do. Maybe the body can learn from the brain. We all know that the ability and inclination to easily share stories is not distributed evenly. Some people, particularly professionals, scientists, and engineers, do not take easily or quickly to working with stories. In those cases, should we not adapt our approach to include more elements from non-narrative facilitation? We should try to “bring people over” into the land of story sharing, but for those who won’t or can’t go, should we expand our range to cover facilitation areas where no stories are told? How can we do that without losing the benefits of story work?

Somebody told a story about an example of in-drawing facilitation. The facilitator drew a pie shape on the ground, and laid sheets of paper to label each segment. The papers had been laid out so that those next to each other were contrasting. The facilitator asked each member of the group to go to the segment they related to most. Then he asked them to keep one foot in that segment and place the other foot in a neighboring (contrasting) segment. Once everyone had chosen their two pie slices, the facilitator asked them to alternate standing on one foot or the other, as a way of thinking, “What does it feel like to be in this space? What about this space?”

The person who participated in this exercise said it helped everyone to open up their thinking to new possibilities. He wondered if an exercise like that might help people to open up to the possibility of thinking about story sharing as a complementary way of talking together, like a yoga teacher might encourage people to pay attention to their cold hands or their clenched jaw muscles. Maybe there could be a biofeedback for groups, with “warming your hands” translated to “warming your stories.”

In short, while we think people should be encouraged to come out of their “jars” and explore the rest of the wide world of what we could call “embodied dialogue,” constructive effort could pay off in the opposite direction as well. If you are interested in these issues, please contact us (especially me, Cynthia Kurtz).