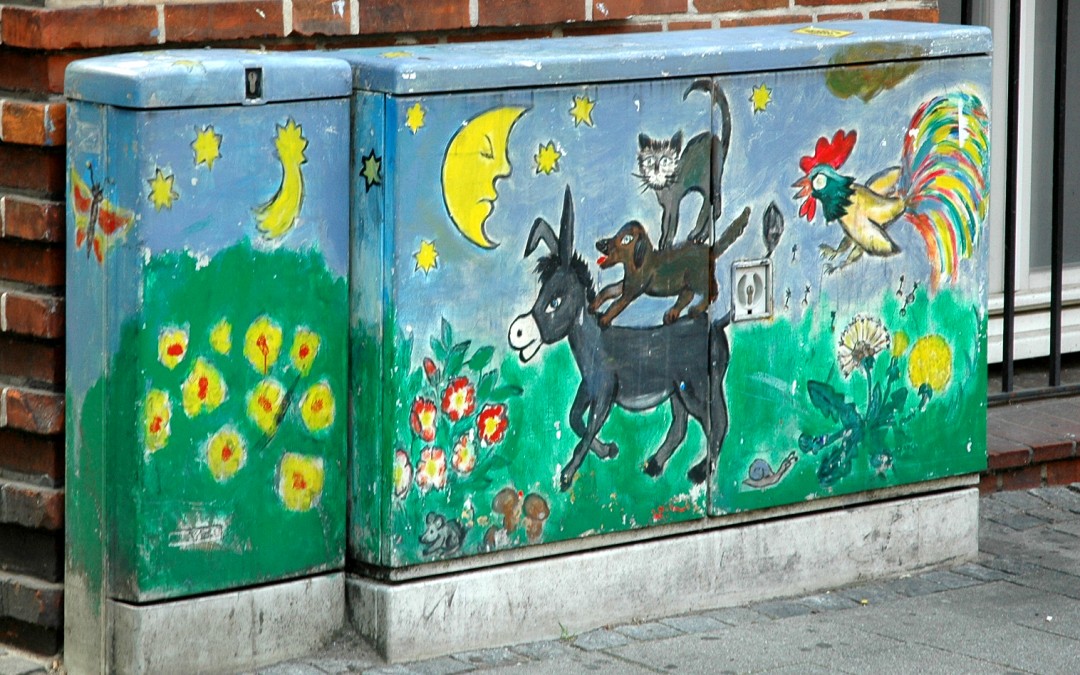 On July 31, 2015, we held a PNI hangout on the topic of power differences in PNI. Here’s how the conversation went. 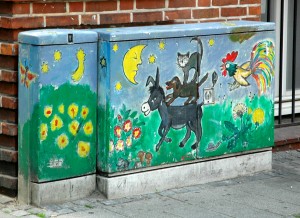 Speaker 1: We’ve all experienced what happens when people who are not used to being heard feel heard for the first time. It’s amazing how grateful people are and how empowered they feel to keep going and use the momentum to create change for themselves.

Speaker 3: When we talk about power differences, it’s not just about “who is in the room with me.” It’s also about considering how people outside the room will react when they hear the stories collected. Power structures can cause people to tell the expected stories more than the authentic stories.  The expected stories are real stories; they are just not the stories you were hoping to get.

Speaker 1: There is another sort of power, which is the power of the people who are running the project. There can be a tension, for example, between stories that are shared locally (say in a room) and stories that go into a central database (say for the entire organization). It’s difficult when you are a facilitator to hold this power, because you need to make decisions that affect everyone.

Speaker 3: There not just power differences but also differences in information levels, in people being informed and knowing what is going on.

Speaker 2: There are lots of methods that say you need to have the “whole system in a room.” We don’t do that in PNI. That’s mainly based on our experiences, that when you ask people to share stories, and there are people with all different levels of power in the room, the stories don’t come out. Opinions might come out, and facts, but not stories. If you ask for stories in that situation you get fake stories, performances. You don’t get the authenticity you need to really explore something.

S3: I wonder if separating people perpetuates power differences. We ask, what story do we want here? Because we constitute the groups according to power levels. When we segment our story gathering, we may be missing out on stories about interactions that are important. But what happens when you have all the differences in the room? It doesn’t work. But maybe it could in a different way.

S1: We had a session once where we had policy makers in a room with parents of children who dropped out illegally (but inevitably, according to the parents). We distanced them by 20 meters so they couldn’t hear each other. After half an hour, the policy makers started complaining. They said, “We can’t hear them.” So we allowed them to move closer, but we said, “This is what happens to you, you don’t hear what’s going on.” Then they started to appreciate the richness of the problems parents have. So I’d say that the people in power can be in the room, but in a non-participatory, observing role.

Power in the PNI phases

S1: That’s the collection phase. Catalysis should be egalitarian if it’s done right. You can integrate and contrast perspectives. In the sensemaking phase it is more essential to have all voices in the room, because by then the stories are shared. I’d be more worried if there is no “system in the room”  for sensemaking. Ideally any interventions should be planned at the end of the sensemaking workshop, and that should be transparently communicated in the return phase.

There is also an advantage of doing some digital work, because people dare to say things online that they wouldn’t say face to face. This can be a way to overcome power differences.

So in summary I think in PNI we should respect power differences during collection, examine them in catalysis, balance them in sensemaking, and make sure they are not repressed in intervention and return.

S2: In some ways PNI is more ambitious than some methods, because it wants to move beyond facts and positions and into a deeper narrative exploration. But in other ways it’s less ambitious, because it says not to put people together during story collection.

S2: Yes, that’s it. Also, PNI is a longer-term method. It doesn’t last hours; it usually takes months to complete a project. A lot of the “whole system in a room” methods take only hours or at most days to finish.

S2: I think an Appreciative Inquiry Summit lasts a few days, though I think they may gather stories in interviews beforehand.

S1: How about this: in order to be more ambitious in its sensemaking phase (by going deeper with stories), PNI has to separate people in its collection phase. Thus it seems to be less ambitious during collection, but that’s actually a way to enable ambition later.

S2: I like that. One thing I’ve noticed is that a lot of methods I’ve read about require strong, expert facilitation. I’ve always tried to keep my PNI practice very “scaled down” in the sense of not relying on an expert facilitator to make it work. I can’t decide whether that makes PNI less ambitious (because inexperienced facilitators can do less) or more ambitious (because it tries to reach more people). Maybe it’s both.

S3: The question I’m more interested in considering is: how do we work with power? PNI is powerful because it levels the playing field when there are power differences, because everyone gets to tell a story. And during sensemaking in PNI, power differences can be not just transcended but transformed.

But I also see a difference between power as repressive and power as productive. These are negative vs positive views of power. We see a pattern that produces power, and that power can be good or bad. How do we work with both kinds of power in the phases of PNI?

It’s true that we need to work around power in the collection phase of PNI, but I think in the later phases we can work with it. Power is the ability to define a reality. It could be the power to impose a reality or the power to produce a reality. Telling stories and interpreting them is a powerful act, a productive act.

S1: I see three kinds of power in PNI. There’s the repressive form of power, then there’s the internal power that people show where they participate in the process. For example, in an anecdote circle you dare to step up and speak. Those are the two kinds of power you mentioned.

But then there’s the power of the pattern itself, the thing that’s happening, like a seasonal change. You have the same thing in a lot of organizations, times when you have more power because of things that are happening in the organization.

S3: We think of power as a commodity, something you have or don’t have. And if you have it other people don’t. But what if power is an ability, not a commodity? How does that change what people can do when they are working with their stories?

S1: In a session I was at last week, one lady kept watching from back of the room. She was only stepping in occasionally to change something in the clusters, but that was how she chose to exercise her power in making the exercise go.

But I want to know: can you clarify what you mean by power as ability?

S3: There is a difference between power as something you hold and gain, where there is more power the higher up you go in a hierarchy, and power as the ability to define a reality. As an individual, when I tell my story and work in a group of people, we have the ability to define who we are and how we relate to a topic of concern. That’s something we can do together. The other kind of power is defined for us.

S3: Yes, I think that works. Hard power is centralized, and soft power is distributed. The power of PNI is that it enables soft power.

S3: With hard power, people are recipients, and with soft power people are agents. Hard power limits the positions people can take up.

S1: That’s the power of stories. In a hierarchical system there is always more soft power at the bottom.

S2: Yes, but it is not recognized, because it is not in the interest of the people with hard power to recognize soft power.

S1: There is always a gap between what the people with hard power expect of people lower in the organization, and what the people lower in the organization actually do. That gap is where soft power comes from, the discrepancy between what’s expected and what’s actually done. If you can mix into that the voicing power of stories, the soft power grows.

Selling PNI to the hard-power people

I think the PNI argument is that it gives you the power to grow your soft power and create a productive power surge, instead of a repressive power surge. Some hard power people can’t see the utility of that, because they don’t see how soft power is useful. It doesn’t fit into their conception of leadership. Also, they have a fear of loss. They think the increase in soft power will create a loss in hard power.

S2: People see hard and soft power as zero sum, but they don’t have to be that way.

S3: It comes down to assumptions about power: is it a commodity or an ability? Depending on your assumption, that influences how you will respond.

S2: Could this be a test of potential clients, that if they have the commodity assumption, we won’t be able to convince them to try PNI?

S3: We can ask, what is the fertile ground for the seeds of PNI? From a power perspective, is it hard or soft ground for the seeds to land on? Then we’ll know how receptive the sponsor is to what the stories will be saying. PNI levels the playing field. The sponsor might not be able to accept that. They may not be able to articulate that resistance up front,but it might come out in other ways. The assumption affects all the stages of PNI.

S2: I. think we have been doing that. I can remember some encounters with potential clients where I would tell them about how PNI can empower people, and I could just hear them getting stiffer and stiffer as they felt their hard power being threatened. Even when I explained how the empowerment could help everyone in the organization, including themselves, they got more and more closed off.

S3: That was because their definition of power was that it is repressive, and they didn’t hear anything else.

S2: Maybe we need to help people envision the productive power they could have with PNI.

S3: An assumption of power as repressive and commodity is a blanket application. It’s everywhere. But the view that leaders should have is that power is bounded, and that you need different combinations of hard and soft power in different contexts. I agree that in quality control, or in chemical standards, you need hard power.

S3: We haven’t used the word “authority.” That comes down to where the power is bestowed.

S3: We can never escape power. There is power inherent in the process, and we are dealing with it. We do a lot of this intuitively. “Power analysis” is something we should think more about when it comes to planning a project and thinking about the phases of it, because doing PNI is a powerful act.

We all agreed that this topic was so useful we should keep going. So we plan to continue the conversation in our next PNI hangout.

Come to our next Hangout!

Our next call will be on Friday, August 28, at:

The topic will be PNI and Power Differences (Revisited).

YOU are welcome to join in!

The Google Hangout we are using is at: