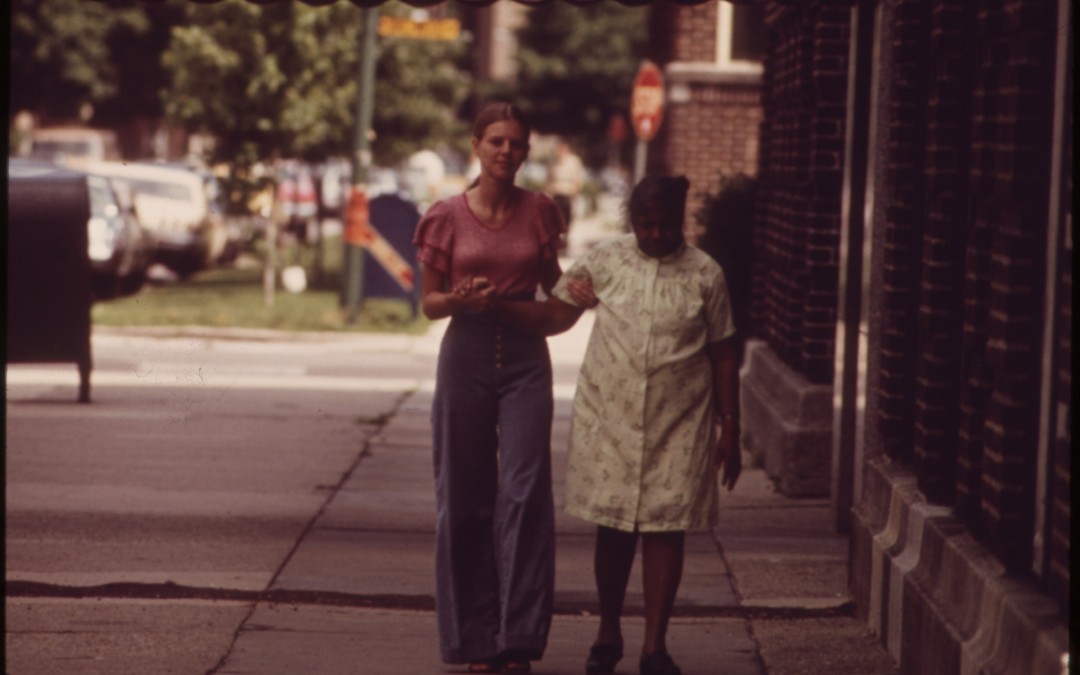 We had our second PNI Institute Hangout on Friday, June 19, 2015. This time we had six people, and our topic was getting people to participate in projects.

After the usual introductions, we started telling stories about times we experienced very good or very weak participation.

An opportunity to reflect

One person described a long-term project in which students come back twice a year to reflect on their experiences. The students seem to enjoy participating in the project, and even look forward to it, because it gives them a way to “check in” with their experiences over time.

Somebody asked whether collecting stories every six months was too far apart, and the storyteller said that it was about right, and that they tried it once closer together (three times a year) and that didn’t go as well. It fits into the schedule of when students are ready to reflect.

The second story was about a group in an industry in which there has been a recent downturn. Because the managers in charge of the project are in panic mode, they don’t want to collect stories right now, even though this is exactly the time in which they need to work with their stories the most.

Somebody asked about whether there might be problems collecting the stories during such a difficult time because people don’t want to talk in front of outsiders. The storyteller responded that in this project people inside the organization had been trained and had been collecting the stories within a context in which they were trusted all along. The problem is that those same people are now concentrating on non-story planning (business response plans and the like) and don’t think they can spare the time or attention to get into story work right now.

Somebody wondered about how we kept using the word “collecting” about stories, like they were some kind of commodity. They said, “You keep saying, ‘We have to get the stories.’ Why?” Somebody else explained that in PNI we collect stories in order to use them in sensemaking sessions, to get to new insights that can help to create positive change. Somebody else said that the word “collection” is maybe not the best word, and that when everything works well in PNI it’s not about collection so much as it is about coalescence, that the stories come together for a purpose.

The next story was about a project training people somewhere in Africa with disabilities. A PNI training session was held, and then those people went out into their communities facilitating story-sharing groups (of other people with disabilities). The people in the story-sharing groups were grateful that they could share their stories and that people were listening to them. But they also had a sense that the story sharing was not just for themselves, that it was being used for a higher purpose. They felt that they could help others by sharing their stories. The fact that the group was facilitated by disabled people helped them feel energized to help and showed them what they could do as well. 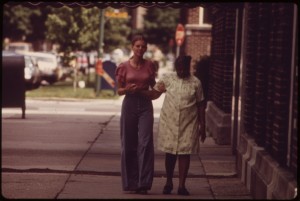 Sharing stories is empowering, especially for those who depend on others

Somebody else said that they had seen this happen in several medical projects. They said that when people have medical conditions they feel powerless. They feel they have nothing to give and can only receive help. Story projects that involve people who are struggling with something are valuable to participants because the people learn that their experiences have value to others, and that they can be part of giving to something larger than themselves. Sharing stories can be empowering (if it’s truly sharing and not just extraction).

Next somebody mentioned an issue they had dealt with on a project, which was that when people were struggling with or oppressed by something, it was hard to stop them from telling their whole life story, and the sessions would stretch on for hours.

Somebody suggested that the facilitators step out of the picture and let the people limit each others’ storytelling, because if a disabled person is talking to other disabled people they all have to balance their needs to be heard.

Somebody mentioned that a structured dialogue process can help to keep conversations on track. Somebody else said that they thought, in situations where people have felt unheard for a long time, it may be best just to plan longer sessions. This is because one of the important things about PNI – in the collection phase – is to give people the freedom they need to choose the stories they need to tell. Other narrative methods work differently, and that’s fine. For example, in Appreciative Inquiry, people are guided to recount only (or mostly) positive experiences. That’s great, but in PNI terms that’s intervention, not story collection. The collection phase should be free and open. That’s why in that part of the project, or when the project is more exploratory than therapeutic, it may just be necessary to give people the time they need.

Somebody said: On our last call we talked about a spectrum between stories nobody is working with (untapped resources) and needs nobody is meeting (unmet needs). On this call there might be a similar spectrum, between people who need to tell stories (stories that need to be told) and issues the community needs people to tell stories about (stories that need to be heard). Projects on one end of this spectrum must be very different from projects on the other end. In both cases the sharing and the community are important, but in the former case more attention needs to be given to what will help the storytellers feel welcomed, included, and empowered.

Planning the next hangout

Finally, we talked about the topic of the next hangout. The topic of “Complexity and PNI” was proposed and accepted.

The topic will be Complexity and PNI. The Google Hangout we are using is at: