Last Friday we had our first PNI Hangout, which was a resounding success. With four people on the call, the conversation was excellent, and it was a great start to a new tradition.

Somebody mentioned the difficulty of getting first projects, that is, selling PNI projects without a long track record under your belt. Somebody else said, why don’t we go around and talk about the first projects we ever did, and how we sold them; or about projects we failed to sell. We did that. Each participant shared a story. They were about:

While discussing these stories, we realized that there is a sort of spectrum between the motivating forces of untapped resources (stories all around but not being used, like the water reservoir above this post) and unmet needs (goals people could use stories to help them achieve but don’t realize it, like barren soil image here) 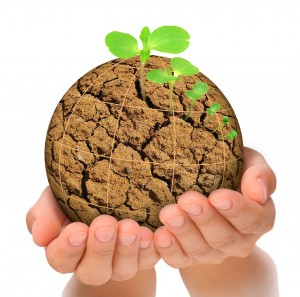 .  We talked about how the best way to sell PNI projects might be to find instances where people have both forces, and where we can help them create a bridge between resources and needs.

We realized that during our talk we had inadvertently made a decision about which set of themes (see previous blog post) we would use for the calls. “Practical issues” won out. We can transition to other themes later, but this is what we want to talk about first.

We also decided that we liked the way the call went, with everyone sharing a story. We want to pursue on that track for future calls, we would have a topic, and the everyone is encouraged to share either an experience or a question/dilemma about the topic.

We then talked about the best way to talk. The Mumble experiment was a success … in finding out that Mumble wasn’t working for us. We switched to Google Hangouts and liked it much better. Google Hangouts has a limit of ten people at a time, but we thought we could try it for a while, and if we have a lot of people we can deal with that problem later. The permanent link for the new PNI2 Hangout space is

That link should work at any time.

Finally, we talked about when we should hold the calls. The time we had the call works well for people in Europe, Africa, and the US. Since nobody in Asia or Australia has requested a special time – yet – we decided to keep holding the calls, every other Friday, at the same time. When anyone in those time zones wants to be in on the calls (please tell us if you do) we will schedule more calls to handle it.

The topic will be Finding and motivating participants for PNI projects.