What’s in a word? A world! – Michael White

My name is Aiden and I’m based in a town to the east of Johannesburg called Benoni. I currently run The Narrative Lab, a small organisational development and applied research consultancy that uses narrative approaches to re:author, re:search and re:organise our worlds. 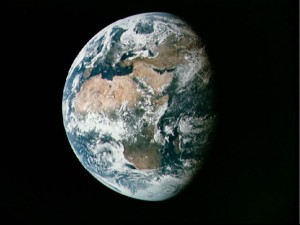 The journey that has led me to PNI and being involved in the establishment of the PNI Institute began when I qualified as a narrative therapist in 2005. It was a Theology Masters programme that focuses on training pastoral therapists. Even though I wasn’t a pastor, having had a background in psychology meant that I was really fascinated by the idea of working with people’s life stories in a therapeutic mode. I guess it was already back then that a form of narrative inquiry was alive in my interest and work … and it was participatory as well! This is where White’s quote above comes in to play. I discovered in the therapeutic world that therapists were privileged to be taken into the world of the client through their choice of words and how they articulated their story with words.

I then began doing some focused narrative work within the organisational world in 2005 with TomorrowToday where we gathered stories as a way of understanding how two organisational cultures could co-exist in a merger&acquisition project. Through a network of introductions I then found myself attending a Cognitive Edge seminar in Pretoria in 2006 where Dave Snowden introduced me to the the methods that had been in development within IBM and the Cynefin Centre (and that Cynthia was such a large part of). It was then that The Narrative Lab was born in 2007 along with Raymond Salzwedel and Sonja Blignaut out of a desire to do more of this kind of work. I was finding that my world was expanding through encountering more avenues of engaging with people’s worlds. We then worked with Cynthia Kurtz on an local education project in 2010 and since then have involved her on other projects we’ve done.

I would say that while PNI now exists as a coherent approach, it has always been a part of the work we do at The Narrative Lab. While we’ve used different names at different times, the core ideas of working with peoples’ stories in a participative manner has always been central. Two things have become clearer for me in walking this path. Firstly, the ‘problem stories’ we find ourselves in and the sense of stuckness they create are not limited to the personal or relational aspects of our world. These kinds of problems saturate and dominate in our social and environmental worlds as well. It’s in engaging with the unhelpful nature of these dominant stories that I have found PNI to be a refreshing and light giving mechanism to help people navigate through their stuckness. Secondly, the kinds of stories I’ve been hearing through our projects has highlighted one particular area of stuckness in the life of organisations. The extent to which people experience the organisational world as dehumanising is particularly concerning to me. Again, this is where PNI is such a powerful tool as it really prioritises how people can re:author their world for greater health and effectiveness. This is participatory work. And this is narrative work.

My involvement in the PNI Institute has come about out of an interest to be a part of a larger movement in developing and applying PNI ideas and methods. With over 20 major PNI projects under our belt, we’ve had very good success here in South Africa and we’re interested in connecting with what is happening around the world while also playing a part in moving PNI forwards on a global level.

Even though I’m not a therapist anymore, I’m still very intrigued by how we think and how we author the worlds we live in. This means that I’m still really passionate about how people find emancipation from their unhelpful situations. It is for this reason that I’m hopeful that the PNI Institute will not only work together in making PNI a better method but that we will also make some significant strides towards how PNI can be used to re:author our individual, social and organisational worlds.